Prostitution
Prostitution laws make it a crime in Michigan to offer, agree to, or engage in a sexual act for compensation. In Wayne County and Detroit ,  the stages of a typical prostitution "transaction" can involve charges against the provider of services (for "prostitution"), the customer paying for the services (for "solicitation of prostitution"), and any middleman (for "pandering" or "pimping"). Solicitation for Prostitution (also known as either Solicitation or Prostitution) is charged as a misdemeanor, while Pandering or Pimping is charged as a felony.
Misdemeanors are punishable by probation, jail time of less than a year, community service, counseling, restitution, and monetary fines.
PROSTITUTION DEFENSE LAWYER
There are many defenses available to the crimes of prostitution, solicitation, pandering, and loitering. Each case is different and defenses to these crimes depend on what type of evidence is available. The prosecutor in detroit must prove at least one the following elements existed to successfully obtain a prostitution conviction:
Solicit (strongly urge or entice) for an act of prostitution
Agree to engage in an act of prostitution
Engage in an act of prostitution
The prosecution will attempt to prove there was an agreement to engage in an act of prostitution. This is usually achieved by means of a recording device during conversations between an undercover cop and the accused. If a record of the conversation cannot be produced, the agreement may be difficult to prove. If the accused has no money on them, the prosecution may have a difficult time proving the specific intent to engage in an act of prostitution.
Your first line of defense is to contact a skilled Michigan criminal attorney right away. Your lawyer will evaluate the evidence and witnesses, question the appropriate persons, and work with you on building your case. The criminal defense attorneys at The Independence law Associates., PLC  will act immediately to preserve any evidence favorable to the defense.
PENALTIES IN DETROIT COURT AND MICHIGAN
The range of penalties for a Solicitation or Prostitution charge can include:
Community Service
County Jail
Probation
AIDS Testing
Fines
Counseling (court-enforced)
Cal Trans (physical labor)
Loss of employment for those with licenses or government / security clearances
Jail Enhancements: Additional jail time for defendants with prior related criminal charges
Have you been charged
for Prostitution in Detroit / Wayne County ?
In the major Michigan cities, especially Detroit (including Wayne County) and Macomb , law enforcement agencies have been making numerous prostitution arrests using any number of undercover methods, including:
Sting Operations - Wearing provocative clothing and posing as prostitutes, police officers use this roadside method to lure would-be customers off the street and into the bedroom, only to be arrested for prostitution.
Prostitution Ring Breakups - Using the reverse tactic from sting operations, police officers pose as customers seeking to find sex for hire. Once inside the supposed massage parlors or with the personal escort, the police will make arrests upon determining the falsehood of the organization.
We Understand
We realize that a misdemeanor charge may often carry mandatory jail time coupled with a significant fine, and severe probation restrictions. Your employment, your family life and your social life could forever be affected by a "mere" misdemeanor. As an example, if you are convicted of a misdemeanor you may have to serve time in jail. How are you going to explain your absence to your boss or your family? Although, you may not have to serve time in jail, your probation restrictions may be severe enough to damage your career or future career opportunities. It may also mean you cannot have contact with certain people in your life. If you violate these court ordered restrictions, you could serve more time in jail and have additional restrictions imposed.
If you are convicted, your life will change for the worse. Hire a lawyer to protect your rights and to give you the strongest defense. We also assist people with vacating judgments of guilt and restoration of civil rights after probation has been completed
Contact us today if you have been arrested or charged with a crime. We can arrange a time to meet with you for a free consultation.
Free Consultations
Evening & Weekend Appointments Available
Sex Crimes Defense Lawyer
Aggressive Defense for Sex Crimes in Michigan
Detroit & Michigan Solicitation and Prostitution Defense Lawyer
1

Solicitation of Prostitute Or Prostitution Charges
"Offer to Engage"
You will serve 45 days of mandatory jail time in Detroit if convicted for offer to engage in Detroit, in addition to other penalties. 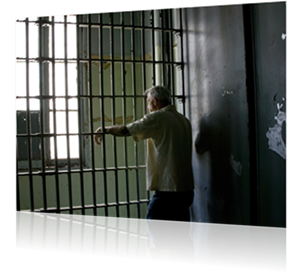 Did You Offer Money For Sex?
It's Illegal

We Defend Sex Sting Operations and Entrapment In Detroit And Surrounding Areas
We Dismissed Or Reduced Hundreds Of Cases
Prostitution Charges? 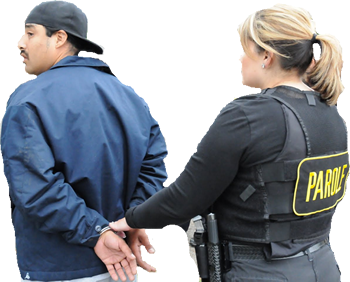